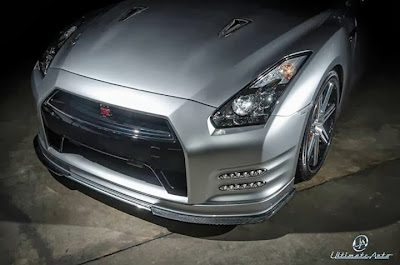 Orlando’s own, Ultimate Auto, released photos of a Nissan GTR that they’ve partly completed. First round of customizations include custom built 21 inch Vellano concave wheels in a matching brushed and polished two tone finish. Carbon fiber lips on the wheels accentuate the other carbon bits found throughout. The rears measure a massive 12.5″ wide with steam roller sized 355 Pirelli tires. The lowered suspension slings the body down low over the impressive rolling stock. Up front, they added a second set of LED lights to match the originals and built a custom splitter/ spoiler combo in aluminum and carbon fiber. The rear spoiler also received a carbon fiber overlay to match the carbon naca ducts, side vents, rear exhaust trim, and wheels. Finally they wrapped it all up with custom painted trim and grille. 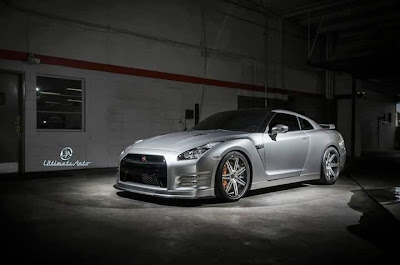 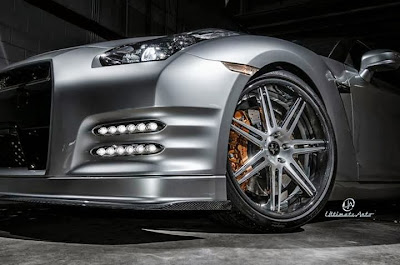 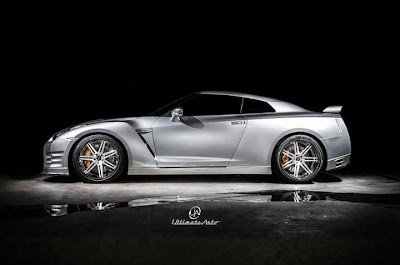 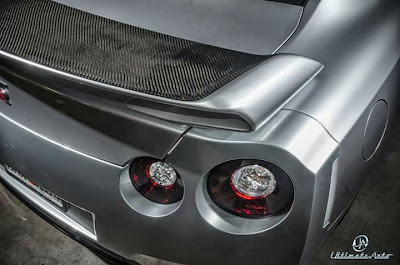 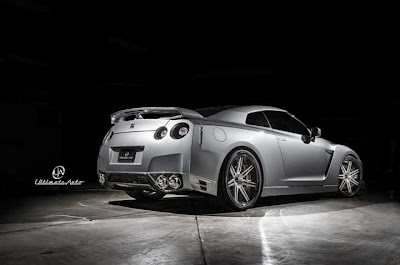 The next round of upgrades are coming soon, and it’s performance upgrades. I love how Ultimate Auto describes the customizations that were done, so that’s why I always use what they say. I tend to write how I talk, and if you had a conversation with me, you know I have a tiny bit of a New York accent.