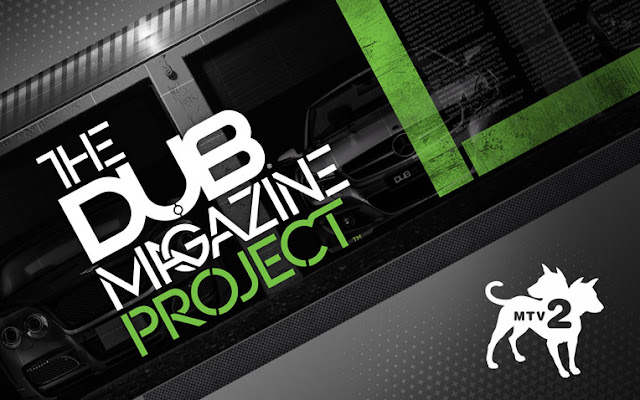 For the second episode of the Dub Magazine Project, it was very Atlanta oriented. T-Pain kicked off the show, by talking about how he influenced some musical styles. But the most important part was when he showed off his garage- Bugatti Veyron (his favorite), A Rolls Royce… or two,  Monster Energy Impala, a souped up Mini Cooper, etc.
The next segment was Roscoe Dash. While talking about his work ethic, you can see him driving a 2012 Chevy Camaro SS Convertible. His segment basically talked about work and going to JJ’s Barbecque Shack.
The “We Baby Your Tires” guys at Butler Tire had their segment. I’m surprised that they went with the Marietta location and not the Buckhead location, but I’m happy that Butler Tire had the opportunity to show what they’re known for. And it did help that they were adding new wheels to T.I. Maybach.  So that was a great look,, and it was a long time coming.
The person I was waiting to see!!!! Lil Duval as he was riding around on his Can Am Spyder bike. He got the Cam Am Spyder because it only cost about $15 to fill it up. One thing about Duval is that yes- he’s doing extremely well as a comedian, but he drives sensible vehicles i.e. Toyota FJ Crusier, and that Scion XB that he once had. P.S. Clay (his manager) needs to brush up on his acting and getting booted outside of Magic City is a very common situation. Yes I’ve been to Magic City
Myles Kovacs’ newest customers and oddly enough they have the cover of the new Dub Magazine, Jake and Jay- Two guys getting the Fisker Karma.  Both had different wants for the new exotic car that everyone wants, but at the end- Myles made sure that they both left happy.
Tity Boi—I mean—2 Chainz finished out the show. One thing he said is that he doesn’t believe in buying cars that doesn’t need to be fixed up. Case in point, he drives Atlanta’s favorite vehicle- a 1971 Chevy Chevelle, but in this episode, he was riding around a Rolls Royce. However, just cause he was 35 when his debut album came out and it was highly successful, I’m not suggesting for every aspiring rapper to do so. Then again, it was his debut solo album, he did have albums when he was in Players Circle, hence the Tity Boi reference.
Nice strong episode and it was almost very Atlanta. But seriously, who is Jake and Jay.