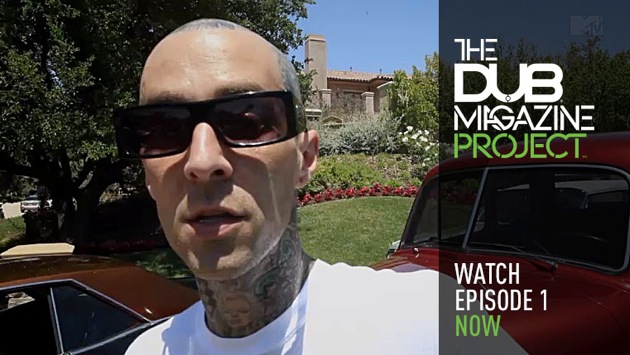 Dub Magazine Project is back for a second season. Last year, I spent the entire season waiting on Amber Rose. This year, I’m spending the entire season waiting for Lil Duval. This year, they made a change in the host. They went from Compton rapper, The Game to Compton rapper, Tyga. Although I love looking and listening to The Game (I love a raspy voice- why do you think I love Big Ang from Mob Wives?), I liked how they went with someone who’s younger (no disrespect) and a fresher face.
Mac Miller segment… they went behind the scenes at the Dub Magazine cover shoot. Mac went on to introducing his co-star on the shoot- a 1964 Cadillac El Dorado. He showed the most important aspect of a car- and it wasn’t necessarily the engine. The most important point that Mac made was… “The car is the most important place to listen to your music” and that’s so true. This segment was less about cars and more lifestyle. Either way, I’m only talking about the cars.
Mike Epps is stooooopid. Riding ‘round and gettin’ it in a 1922 Ford.  He went on to say the difference between a new car and a classic car is that with a new car, it’s taking what you can get. With a classic car, you can start off customizing it to how you want it, which is true. His segment continues with going to the Peterson Automotive Museum, and this was the most interesting museum tour ever.
Myles Kovacs is back customizing cars for people. But this time it’s a more interesting choice of people and ONE WHO KNOWS ABOUT CARS- Travis Barker. Travis gave Dub Garage an interesting customization request- taking a GMC Silverado Denali truck, and ask them to give it the Cadillac treatment, as well as the blacked out exterior. Myles delivered and Travis was happy for it.
Vaughn Gittin Jr shows the art of drifting and I appreciate him for it.
Then they go inside the masterpiece that is Killer Kreations who goes great custom artwork. Their latest project that received a lot of attention was Pauly D’s bike that was on the cover of Dub Magazine last year.
Philly’s own, Meek Mill, went back to his hometown to buy a new toy. His choice, 2005 Yahima Banchee bike- $30,000 and he’s getting it from his favorite store/ hangout- Lou Racing Custom Cycles in North Philly. Meek Mill loves Lou’s Racing so much, that he’s willing to come from the other side of town to go there. Sometimes when you love something, you’re willing to go there, no matter where you were originally.
All in all- strong episode, but it was a lot crammed into 30 mins. I thought Vaughn Gittin only said 5 words and his segment was over.
But here’s the full length episode…
The DUB Magazine Project – MTV2