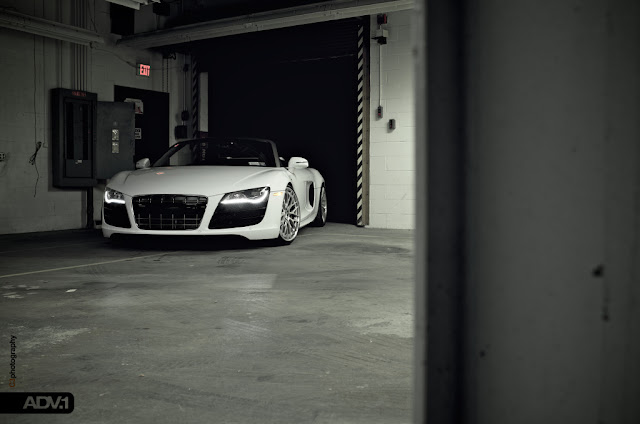 Always slightly ahead of the curve, ADV.1 Wheels released some photos of a droptop Audi R8 (wearing a New York license plate. The most illegal thing on the car, since it only has one instead of two). According to ADV.1, “the wheels are a new 10.0 spoke design in their 3-piece Track Spec Superlight configuration. To give some contrast between the spokes and the lips they decided to do a brushed aluminum center spoke but rather than going with a traditional polished lip they ordered up a stainless finish lip to give a unique, yet complimentary finish to the wheels.” 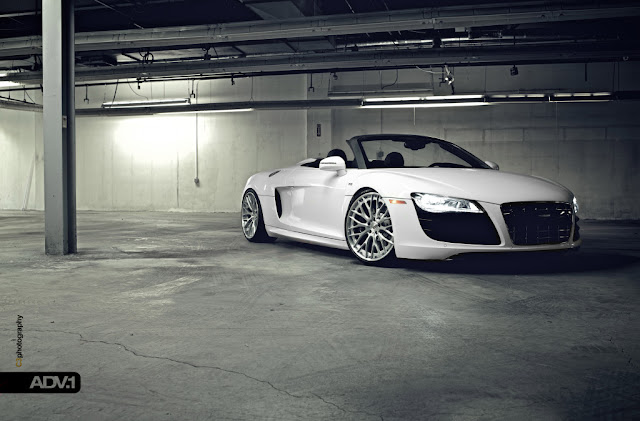 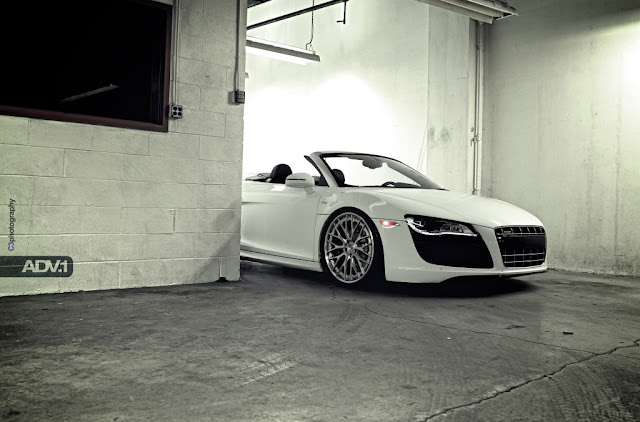 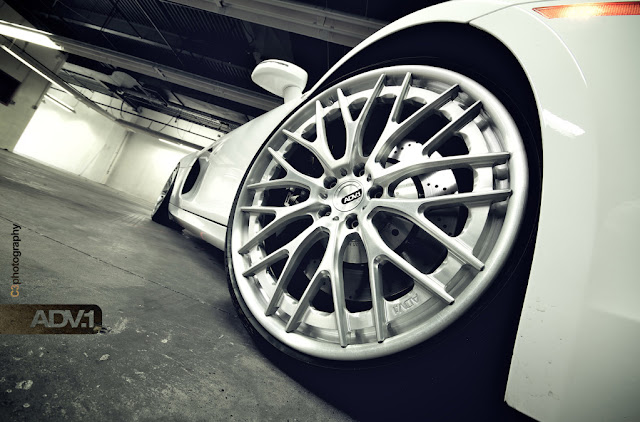 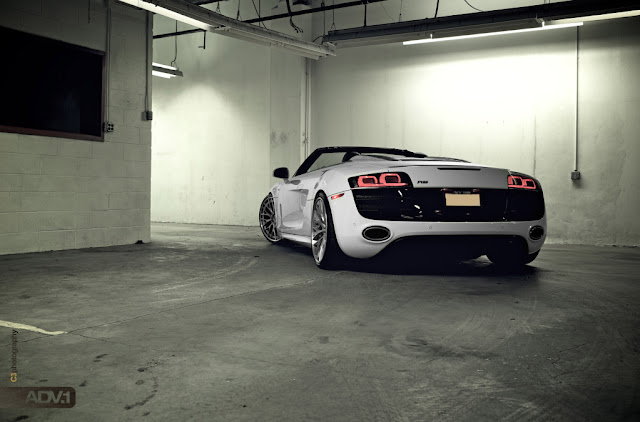