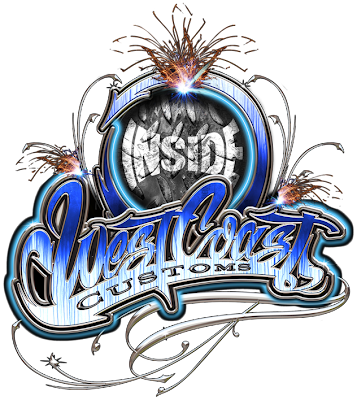 If you’re one of the lucky people who gets the Velocity channel, then hopefully, you’ve been watching Inside West Coast Customs. This past episode of Inside WCC, viewers had the chance to see the blood, sweat, and tears behind the creation of the Dark Vader car that was once a 2012 VW Passat.

“The Force is strong with Ryan on this build. Lucas Films has asked West Coast Customs to build Darth Vadar’s ultimate ride, and it’s a dream come true for this Star Wars fan. Ryan channels his inner Jedi to come up with a car that will please.” 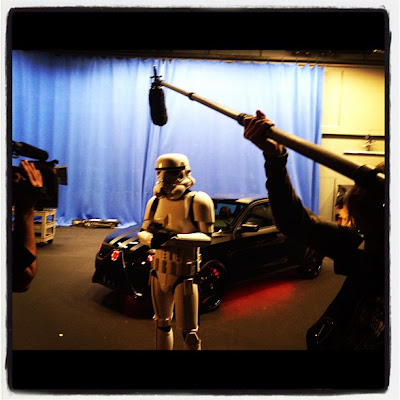 Oracle Lighting was kind enough to post production stills (Behind the scene stills) of the final creation, since the Velocity Channel isn’t good enough for Direct TV. 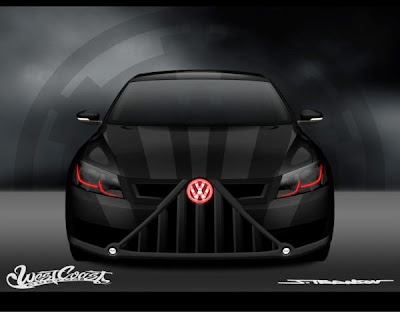 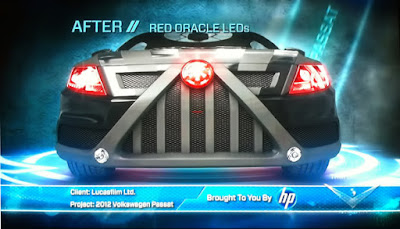 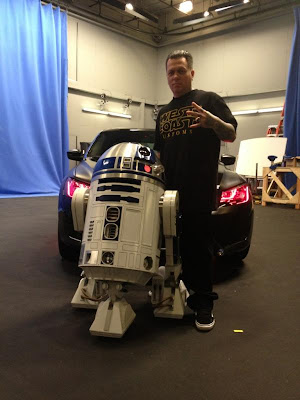 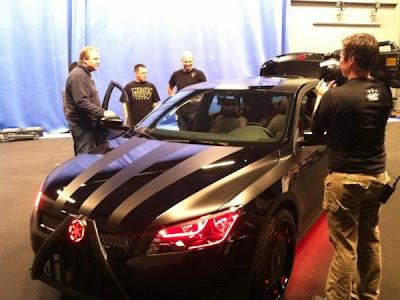 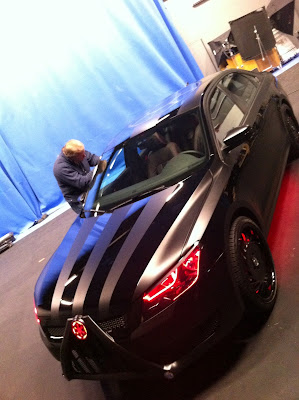 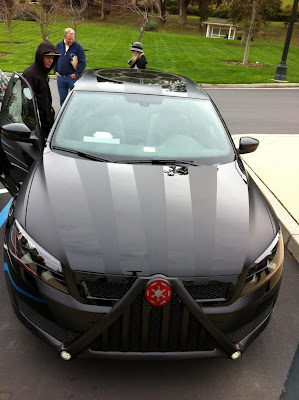 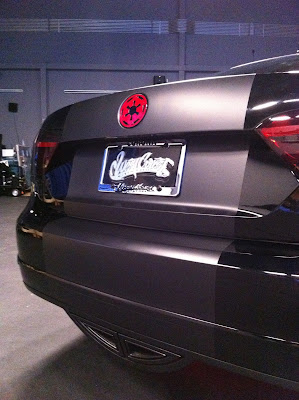 Sadly, I couldn’t see if they cut me out of the Inside West Coast Customs Sema episode. It wouldn’t be hard to find me, there were only a handful of girls taking their classes. I wonder if Luke came to the dark side after seeing this car? This could be the best Passat out- because let’s be honest- how many fully customized Passats have you seen? Go ahead, I’ll wait…