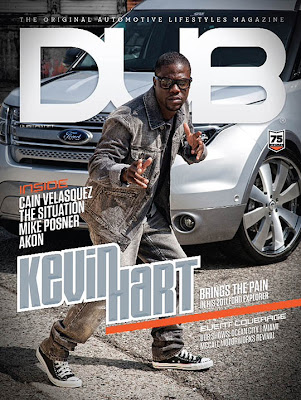 In the new multi-cover issue of DUB magazine, Dub released a schedule for their 2012 tour stop dates and they made some changes. I love how the cover I received has Mike “The Situation” Sorrentino, and for ONCE, he kept his shirt down. But since then, Dub has updated the schedule.

For the better, they cut out Atlanta… Check out the list below.

Judging from the photos from the 2011 tour stops, Dallas, Houston, Chicago, LA, Miami, and Vegas will be the best ones. Anaheim and Phoenix would be a crap shoot- could be good or bad. Memphis wasn’t good, it brought a lot of people but the cars itself… And Philly and NY isn’t a true tour stop because the show will be in a tiny corner of the auto shows.

This ought to be interesting….