(My pre-approved media pass. So you know I’m legit.)

I’m back in Atlanta, and while I was in Sin City, I tweeted some photos as a preview of what’s to come. Of course these are camera phone shots because I know who follows me and I don’t give out the good stuff (a.k.a. photos from my DSLR)

(This is what happens when Platinum Motorsports gets their hands on a compact car. They make it to where you would want people to see you in it)

(This is my longtime boyfriend)

(Lexani brought some toys. I still prefer the Ghost over the Phantom)

(Platinum Motorsports came heavy. I really like the Bugatti in White as opposed to the red that you mostly see)

(love that all black grille with an all black car)

(I love all vehicles dedicated to 9/11, especially the ones with great graphics)

(This is not a Bentley, it’s actually a Chrysler Sebring)

(Didn’t Waka Flocka drive this during the Dub Magazine Project?)

(Just like me, this slammed Cadillac Escalade originated on Long Island, NY. But they came from Nassau and I’m from Suffolk County.)

(Galpin Auto Sports won my heart with this Shelby Super Snake. Wait for the detailed shots.)

(I’m gonna catch some flack, but this is the greatest automotive magazine out…)

(I loved this Scion XB and I know this belongs to a girl. Wait for the detailed shots and I’ll show you why) 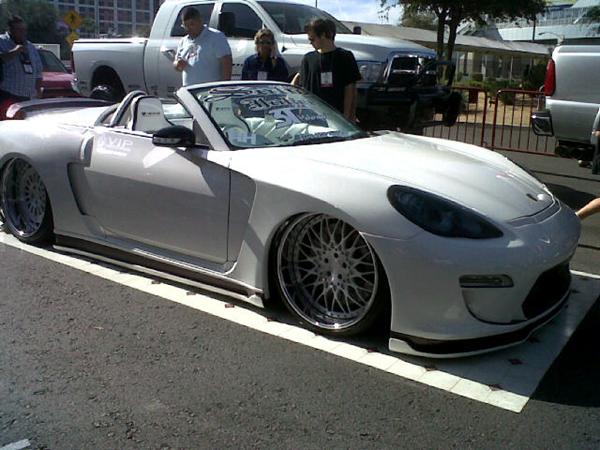 (This Nissan was so nice, I had to give you a second shot)

(West Coast Customs brought the Tron Audi and it looks even gorgeous in person. Almost made me want an Audi.)

(wait until you see the roof)

(Did I tell you that West Coast Customs brought Justin Beiber’s car? P.S. I recorded a full 360 around the car that’s posted on my youtube page)

A lot more to come throughout the week….

P.S. I’ve already been informed that my camera phone photos look better than the photographers whose work appear in national magazines. Don’t shoot the messager, I’m only stating what I’ve been told… numerous times.